The history of Feta cheese

The roots of cheese making are not known with certainty. In any case, feta seems to be directly related with these roots. According to Homer's 'Odyssey', Cyclope Polyphemus was the first to prepare cheese and more specific, feta cheese. 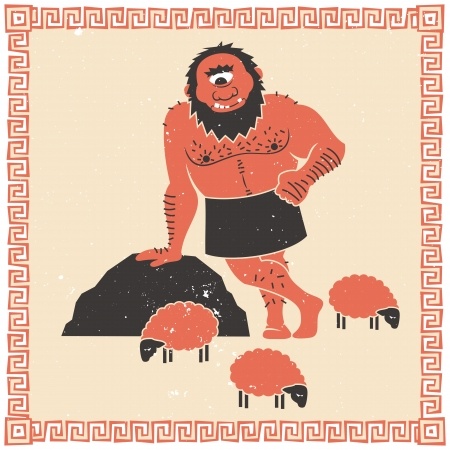 Polyphemus was carrying the milk that he collected from his sheep in lambskins of animals, until one day he realized that the milk had curdled and had taken a solid form. The cheese that was prepared by Polyphemus is considered to be the ancestor of feta.

As Ulysses narrates in Book 9 of the Homer's Odyssey:

'We soon reached his cave, but he was out shepherding. We went inside the cave and looked around. It was astonishing-crates full of cheese, pens crammed with livestock-lambs and kids sorted into separate groups, with yearlings, older lambs, and newborns each in different pens. All the sturdy buckets, pails, and milking bowls were awash with whey. Next, Polyphemus curdled half the white milk, and gathered it in wicker baskets and laid it away'.

Myth or reality, according to numerous bibliographic scientific references the production of feta it has been known at least since Homer's time.

During the Archaic times, ancient Greeks, using the same general technique of storage in brine, produced a type of feta by sheep's milk, while called the product that emanated from the coagulation of milk, just 'cheese'.
Feta is first recorded in the Byzantine Empire, under the name 'prosphatos' ('recent', i.e. fresh), and was associated specifically with Crete. An Italian visitor to Herakleion of Crete in 1494 clearly describes the feta storage in brine.
The name 'feta' ('slice') started to be used by Greeks in the 17th century, and probably refers to the practice of slicing up cheese to be placed into barrels or to the method of cutting the cheese in thin slices to serve on a plate, while the name 'feta' itself prevailed in the 19th century. 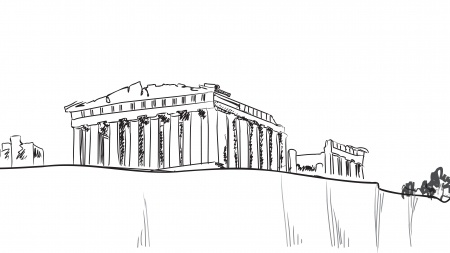 Traditionally, feta has been made by peasants in almost whole of the Greek area from sheep's milk, although goat's milk has been used in more recent times. Since 1926, feta is recognized as an original Greek product according to national legislation. Feta was always an integral part of the dietary habits of Greek people, while its existence is connected so much with Greek history, as well as with the Greek traditional way of life. Today, feta is the most consumed cheese in Greece and it's also one of the most widely exported Greek products. Feta is classified by the European Commission as a 'Protected Designation of Origin' (P.D.O.) product.